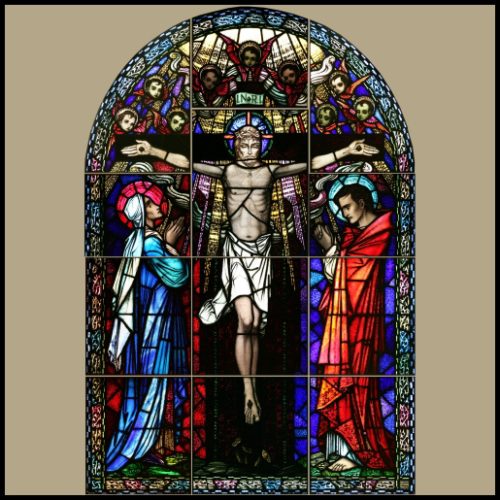 Large alter stained glass window, comprising of 12 leaded and hand painted panels depicting JC on the cross with Mary and Joseph praying. Each panel is in excellent original condition.

This set of windows were removed from the chapel of St Winifred’s Nursing Home, Cardiff, Wales, prior to demolition.