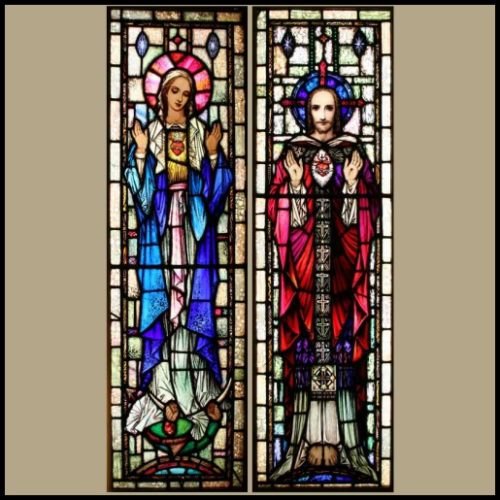 Pair of religious stained glass windows, each leaded and hand painted depicting full length figures of Mary and JC. Super quality and with both windows in excellent original condition.

These windows were removed from the chapel of St Winifred’s Nursing Home, Cardiff, Wales, prior to demolition.