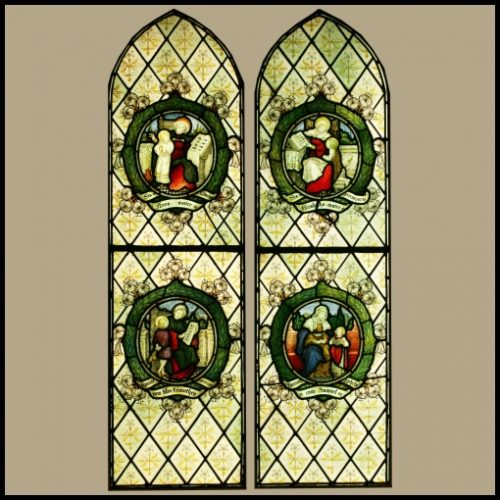 Walter Earnest Tower (1873–1955) was a cousin and pupil of Charles E. Kempe, on Kempe’s death in 1907, Tower took over the stained glass studio and renamed it C. E Kempe and Co., from that time he used a black tower above the golden garb as hes stained glass signature.

Windows removed from Stone House School, Broadstairs, Kent prior to conversion into apartments.