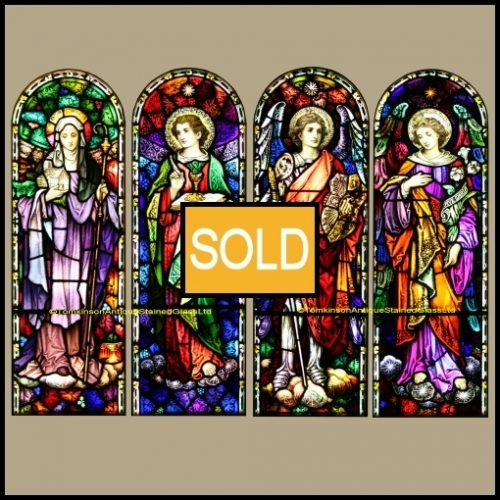 Four amazing antique stained glass windows, all hand painted on the best quality colored glass depicting saints and archangels and very much in the style of Harry Clarke which the Early Studios were influenced by. Super qulity and in excellent original condition. Now in wooden frames for shipping/handling purposes.

Removed from Convent of Sisters of Mercy, Castletownbere, Co Cork, Ireland during renovation.