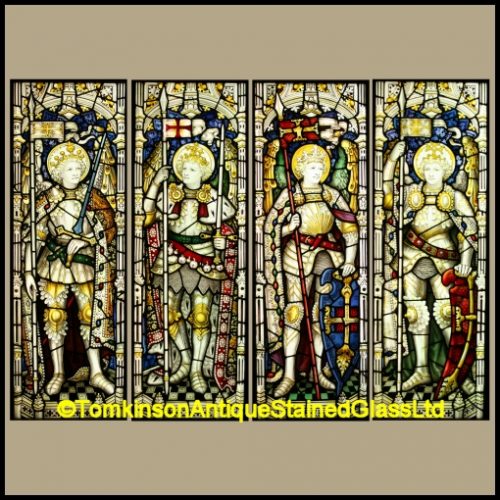 Walter Ernest Tower studied at the Royal Academy and was a pupil of his uncle, Charles Emer Kempe, in London where he lived and worked. He was also an architect and made many stained glass windows in Great Britain and elsewhere.