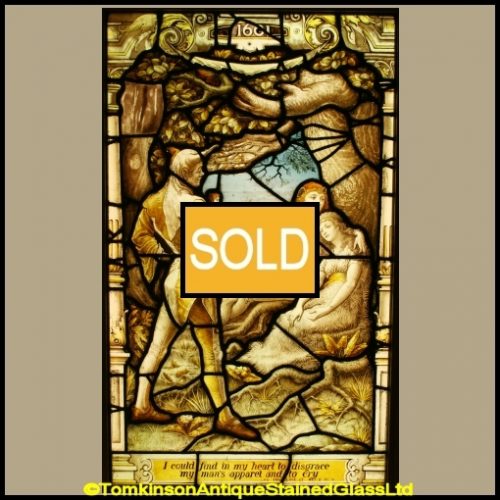 Large antique Victorian stained glass window, leaded with coloured glass hand painted depicting a scene from Shakespeare’s play “As You Like It” scene ll in the forest, with Touchstone, Celia and Rosalind. Below is and inscription from the play and above is “1601” the date the play was written. Lovely decorative window restored keeping it in original condition.